We’ve got two solid readers; we really have no other explicit academic goals for this year. We are going to put more formal math study on the table and see how that goes, but we are open to it being rejected by the kids. We can’t wait to see how Flora’s writing develops; the Dear Dumb Diary books have inspired her wonderfully the last few weeks, and it will be a joy to see what she does with her own book. We hope she continues to allow us to read it. We’re thrilled with the progress Cinder’s handwriting has taken, and are happy to see him continue with copywork; there is no plan to push him into self-initiated writing until he’s ready. We’re pretty excited to see Cinder get serious about coding. We’re so pleased with how all three kids are developing socially and emotionally: Cinder in particular, a social late bloomer, is really coming into his own. We look forward another terrific year of learning and living.

We severely underestimated the long-term impact from the June 2013 flood on our family. A great deal of emotional and intellectual energy in our family and in our community this year went to re-dealing with sustained losses and struggling with the rebuild. The children have probably never been as systematically unschooled as they were this year: parental initiative and direction was at an unprecedented low. There are big chunks of time from this year—October and November, May and June in particular—which felt to me at the time and in retrospect as well, as chiefly about “getting through.” There are life lessons there for the children for sure, but I’m not sure how to present them in a progress report. 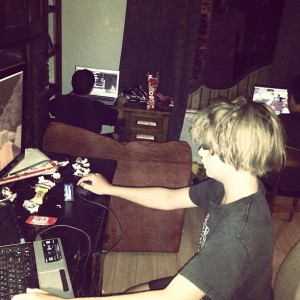 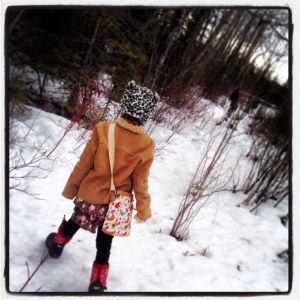 I have done a terrible job of tracking of what the kids are reading this year. Flora has burned through several series, notably the Dear Dumb Diary books, a series of Sherlock Holmes graphic novel reinterpretations, The Little Prince in graphic novel form, the Danny Dragonbreath books, re-reading of Bone, and countless others. Cinder has mostly read and re-read Farside, Calvin & Hobbes, and Bone.

As a family, we’ve read aloud:

House of Hades, by Rick Riordan

Dav Pilkey’s Captain Underpants books (chiefly read for Ender, by the other children)

The Search for WondLa, by Tony DiTerlizzi

…and others, which were clearly utterly immemorable, because none of us can remember them.

Beakerhead: Art, Science and Engineering Festival. The children attended the festival’s offerings virtually every day, and in particular enjoyed Sustainival and The Makers’ Faire, at which they learned how to create zombie make-up, deconstruct electrical toys, and ride motorized couches. See: Unschooling looks like this 4

TARAS Reptile Show. We made it home with no new pets. 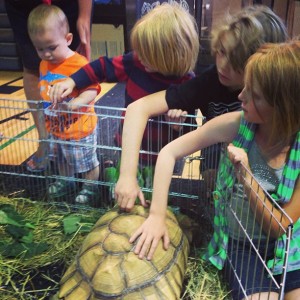 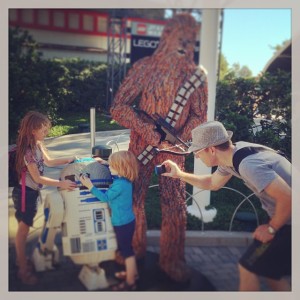 Drumheller and the Badlands exploration. We haven’t been making it to the Royal Tyrrell as often as we used to, so this trip was particularly marvelous. 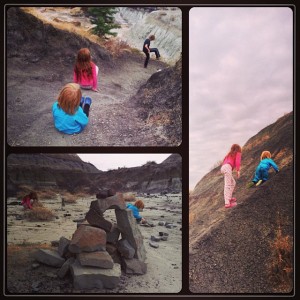 Sledding. Possibly the first year by the end of which we were all sick of sledding… 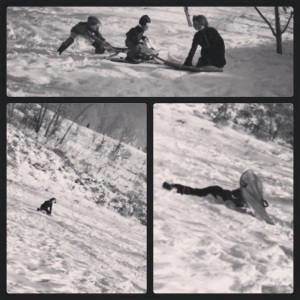 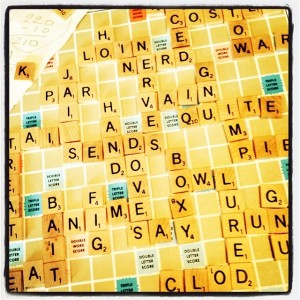 Baking Minecraft cookies. Cinder has really excelled as a cook and in particular baker this year. 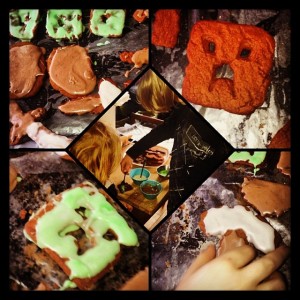 Sunnyhill Christmas Potluck: first time we officially get together as a community since the summer. Cinder participates in the community planning “how do we get the older kids to want to come and participate” meeting; coordinates the board game table etc.

Flora’s Wild Thing Birthday Party. Which I wish to highlight because Flora ended up inviting all the neighbours who were out and about to join the party and share in the cake eating, as she did not want anyone to feel left out. 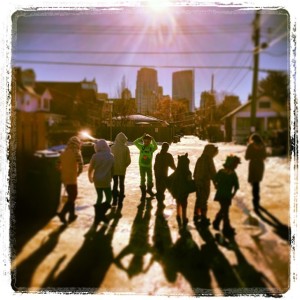 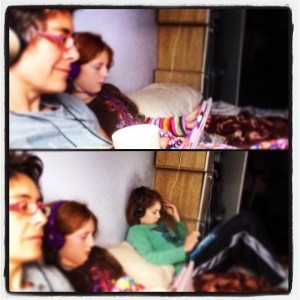 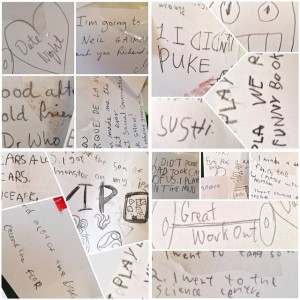 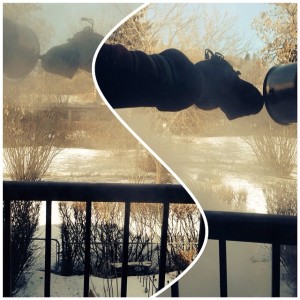 Flora gets her orange belt—March 7. 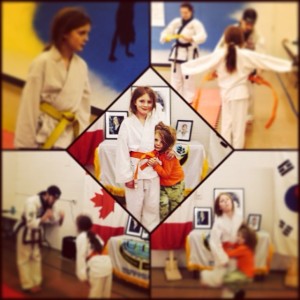 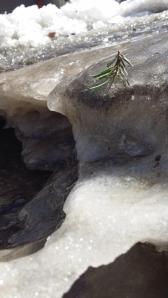 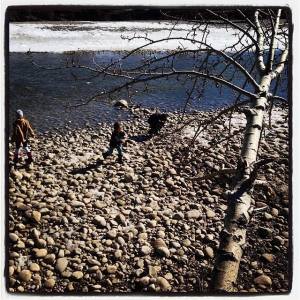 Swimming at Inglewood Pool. We used to go swimming every week. And this year, it’s a special, mention-worthy occasion kind of thing… 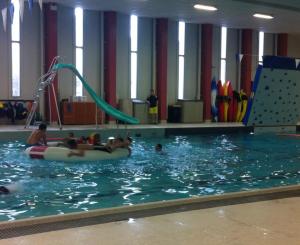 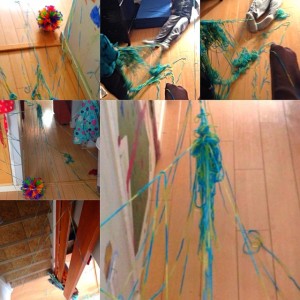 Calgary is melting: scooters and bikes out! Time with friends after the long winter seemed extra precious this year. 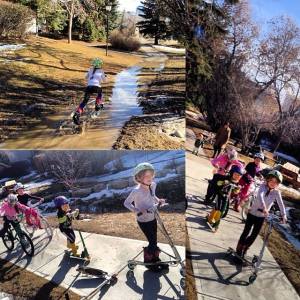 Banff trip! We haven’t been getting out of town much on field trips much this year, so any day into the mountains is a big deal.

The Community That Eats Together: Sunnyhill Easter Potluck, with cookies by Cinder. 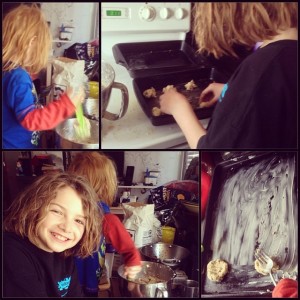 Calgary Comic Expo. Chance to meet and chat with Matt Smith, star of Dr. Who. Much joy. 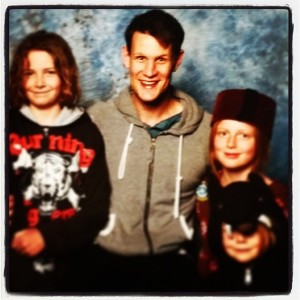 The Last Unicorn, special screening and Q&A with the author. (Ender and Flora)

Disaster Alley. The kids very much enjoyed seeing firefighters, police and ambulances in a non-stress context.

Mad Science: Space Science. Through to mid-June, for Cinder, Flora and Ender. Much enjoyed by the younger too, “too simple” for Cinder, but he liked being the oldest and wisest.

Road Trip to Kelowna! Cinder’s best friends moved to Kelowna this spring. We went to visit them as quickly as we could and had a wonderful time. En route we visited the Spiral Tunnels and the site of the Last Spike; in Kelowna, we played at every beach. Even when it rained. 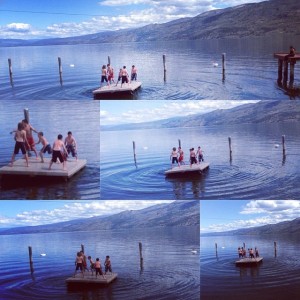 Tracking Water Levels in the Bow. Probably not the healthiest exercise, but much of the month was spent on Bow River bridges looking at its flow and discussing data. 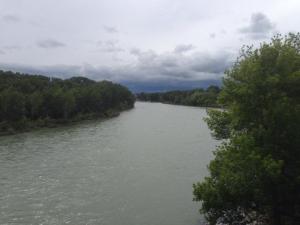 Sunnyside School & Trickester Theatre’s Rising Above play development. (May and June) The entire family contributed to this endeavor. Sean worked with the parent volunteer group and Trickster to collect video. Marzena and Flora prepared a video for the Sunnyside students to use as a template for how to interview. Flora, Ender, and Marzena, with input from Cinder, participated in the development of the community group segment of the Rising Above play, and performed the piece three times for the community.

See the video in which Flora performs sample interviews for the Sunnyside students HERE and the CBC coverage of the archiving and interviewing process HERE, and a review to the Calgary Herald description of the play HERE. 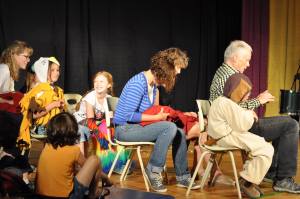 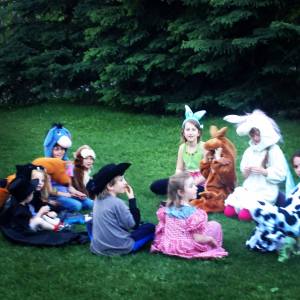 Gratitude Door. Flora and Ender worked very hard on the Gratitude Door, a project to reclaim the image of the door from the evacuation X to something beautiful. 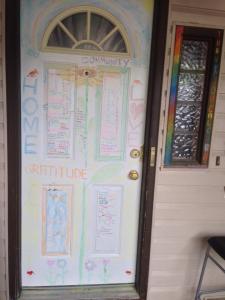 Plans for the Summer and Beyond

Flora is enrolled in a horse riding camp and a session of the Calgary Young People’s Theatre camp in July, and hopes to take in a Humane Society Camp as well.

Ender may participate in a half-day CYPT drama camp as well.

We are planning a short trip to Kelowna in July to visit Cinder’s best friends, and then a long trip in August to the Haida Gwaii Islands.

We hope our fall comes in peacefully, with room for structure and classes. Flora would like to take choir and perhaps art classes again; Cinder would like to continue rock climbing and to start fencing.

YOUR TAKE-AWAY, NEW-TO-UNSCHOOLING PARENT, FROM THIS LEARNING PLAN:

It was a really rough year for us. My record-keeping was awful. Our routine non-existent. The dominant theme? Stress. And yet, and yet. Look at all the learning that happened. And, look at how one can document that learning. My Instragram account proved to be the best record I had of all the things we had done. I went through it to remind myself, “Oh, yeah! We read that!” and “Look! We did that!”

Then you'll love Nothing By The Book, my main blog about... the more absurd aspects of life, attachment parenting the older child, living and working as a mother-writer, and "Those Conversations" by unschooled, free children.

"Hey, I have something to say. Why can't I comment on this post?" Sorry about that. No comments on Undogmatic Unschoolers, except on the Connect and Sister Blogs pages. UU is a soapbox and a resource collection, not a debate centre. All of that fun interactive stuff happens on Nothing By The Book. Would love to see you there.

But, if you want to specifically talk about unschooling in Calgary, please email me at nothingbythebook@gmail.com. And thank you for reading.

Have you read these?

Nothing By The Book

Like it here? Come visit Nothing By The Book, where nothing happens the way it should, Undogmatic Unschoolers' "mother" blog and the place where all the discussion and networking takes place.

Facebook Nothing by the Book; but connect another way too, will you? Facebook isn't rocking sharing at the moment

What are you looking for?

Mine the Vault! Archives